Except for people in the "InfoSec" world, computer security is boring to most people. Except, that is, when our data is stolen, or our PC gets hacked. Fortunately, Windows 10 is the most secure version of Windows (at least until Windows 11 came along). It ships with security features included in earlier versions and comes a Security app that houses everything on one screen: 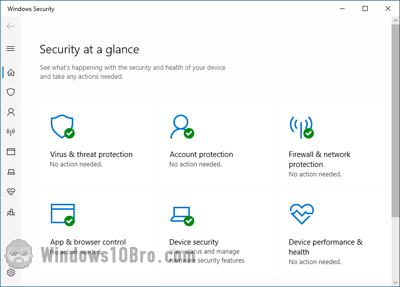 Microsoft hardens Windows with each release. Here's an overview of the security features that came before Windows 10 and were carried over:

Over the past five years, Windows 10 has beefed up its defenses:

It's important to note that Microsoft regularly updates all of these features - not just when a new version of Windows comes out. That's part of the reason we have Windows Updates.