With its dominant market share, Windows is the most hardware-compatible operating system in the world. This means that you'll probably never run into a piece of hardware that doesn't work with Windows. Some stats: (source)

Better still, whenever you plug a new device into your PC, Windows 10 will fetch all the necessary software ("drivers") from Microsoft's servers. You nearly never have to manually install them. You may remember the old days of buying a printer and popping in a CD to install the software - everything works out of the box nowadays, which is pretty amazing if you think about the number of hardware devices in the world. (Pictured is Brother's awesome HL-L2300D laser printer.)

FYI: The compatibility exception was Windows Vista in its early days. But contrary to popular belief, the problem wasn't with Vista, it was with the switch from 32-bit to 64-bit architecture. (Meaning that the software looks the same but behaves differently at a lower level.) Windows 11 might face some issues because it's the first version of Windows to only ship as 64-bit. Issues, if any, won't be anywhere this bad or public, because nearly everyone has switched to using a 64-bit version of Windows: (source) 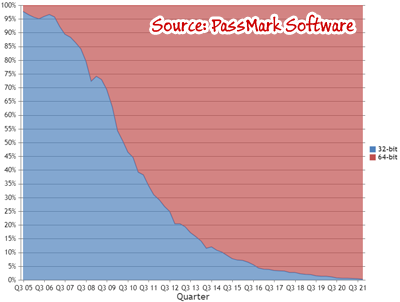 Firmware vs. drivers vs. settings (options) 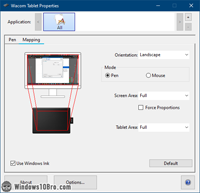 At the lowest level, firmware is the software that makes hardware components function. Drivers are the software that allows Windows to "talk" to the hardware. This includes hardware inside the machine as well as external hardware ("peripherals"). We also call "drivers" the software hardware manufacturers create to let us interact with their devices. Drivers for human are often non-essential. For example, the Wacom tablet I use for design work doesn't need custom drivers by Wacom to function. But the drivers allow me to me calibrate the tablet, customize button actions, etc. 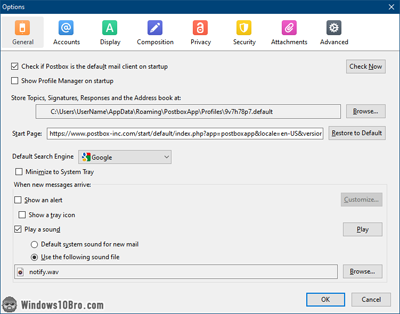